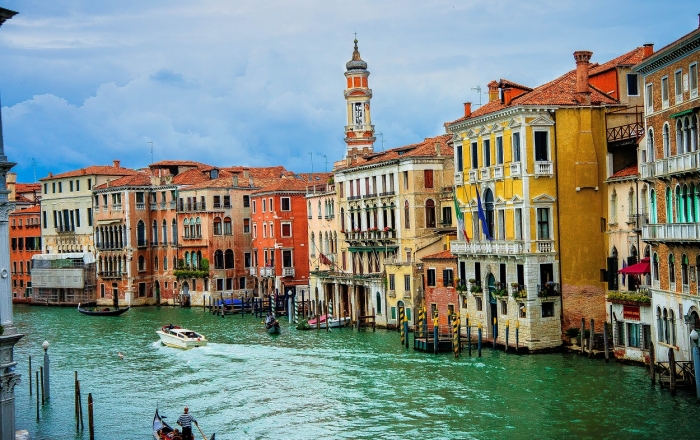 Considered one of the world's most beautiful cities, Venice is a treasure chest full of unique artistic and architectural treasures.

Elegant and romantic, Venice is a wonderful city where churches, palaces, historical bridges, monuments and squares tell its extraordinary and fascinating history. It is one of those places that you simply have to visit at least once in your life. The beating heart of the city is undoubtedly St Mark's Square, Europe's most elegant "lounge", overlooked by two symbolic monuments: the famous St Mark's Basilica, embellished with splendid decorations and magnificent mosaics; and the Doge's Palace, a masterpiece of Venetian Gothic architecture.

Not far away is the famous Bridge of Sighs, from which you can enjoy a magnificent view of the lagoon, and which is also an obligatory stop on the romantic gondola ride that traditionally travels up the Grand Canal. Another symbol of the city is the Rialto Bridge, a masterpiece by Antonio Da Ponte which, up until the nineteenth century, was the only bridge between the two banks of the Grand Canal. Don't miss the baroque Basilica of Santa Maria della Salute, the Gallerie dell'Accademia, with over 800 paintings, and the Scuola Grande di San Rocco, with its extraordinary cycle of paintings by Tintoretto.

Venice is a city to be explored on foot, its charm lying in all those hidden and lesser known but incredibly beautiful corners that are not usually featured in the holiday guides.

A must for visitors to the city is the neighbouring island of Murano, inextricably linked to the ancient art of glassmaking, which is still very much alive today. The Glass Museum documents artistic production from  Roman times through to the modern age. However, Murano's most beautiful jewel is the Basilica of Santi Maria e Donato, a splendid example of Romanesque-Byzantine architecture. Also worth a visit is Burano, the island famous for its lace and artists, largely made up of brightly coloured fishermen's houses. 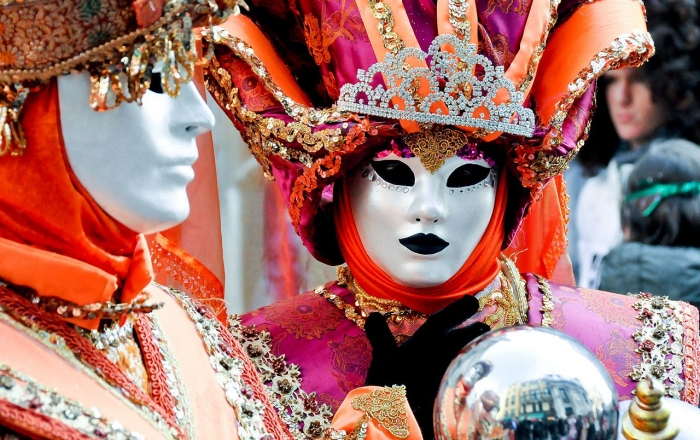